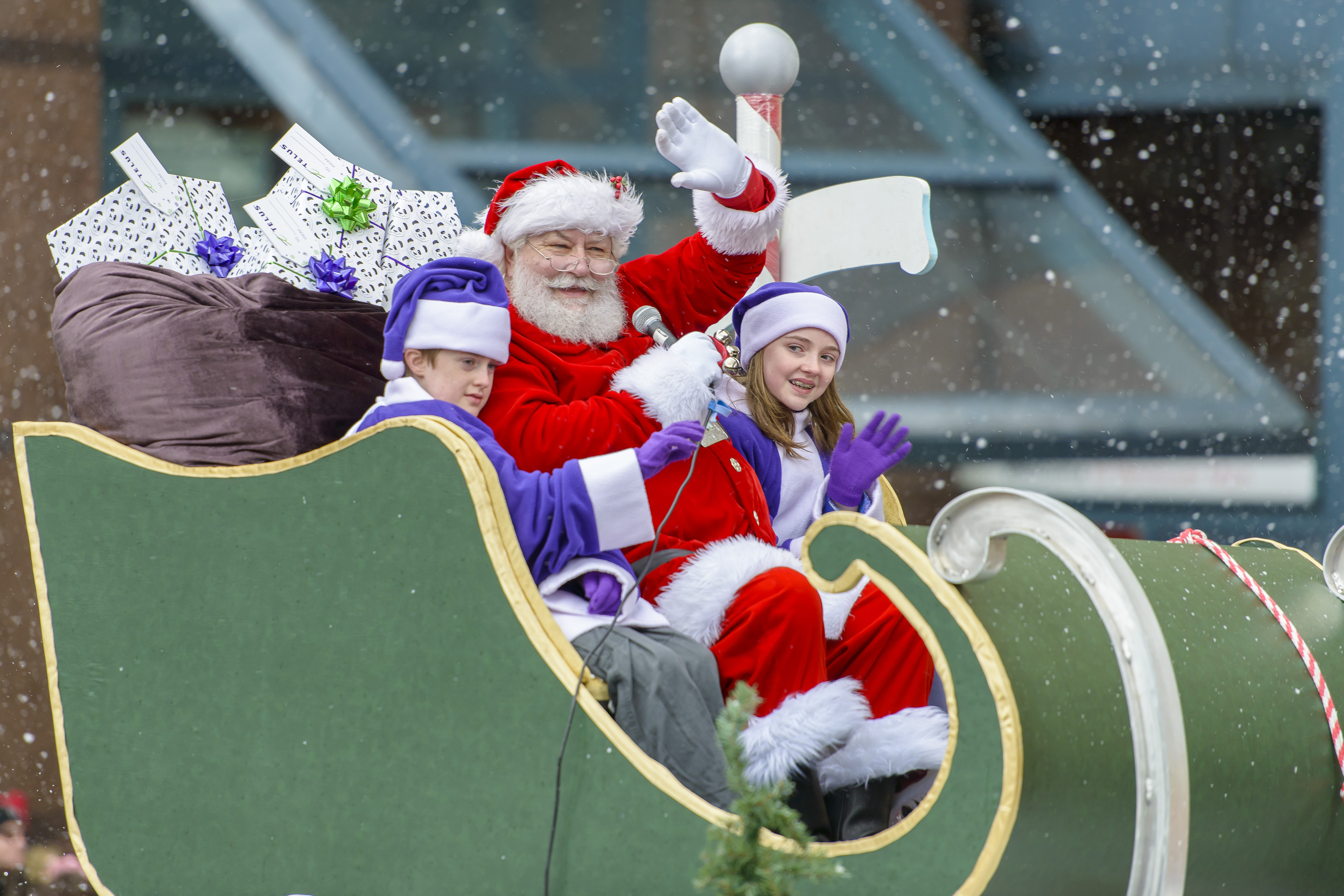 The Vancouver Santa Claus Parade is an annual tradition that attracts over 300,000 people in good years. The event typically lasts for a couple of hours and features over 2500 participants, five dozen community organizations and hundreds of volunteers.

The parade is a free event, although spectators are encouraged to bring a non-perishable food or money donation benefiting the Greater Vancouver Food Bank Society. Each year the event collects considerable amounts of money and tons of food for the charity and the tens of thousands of people it supports.

Below are details about the Christmas parade in 2018 including information about the parade route, start time, related family-friendly activities and the history of the event.

The parade itself starts at noon and lasts for around 2 hours. About five dozen or so marching bands, floats, dance groups and community organizations participate.

Starting at around 10 o’clock in the morning there is also pre-parade family-friendly entertainment outside the Vancouver Art Gallery.

Beginning at 12 o’clock, the Vancouver Santa Claus Parade begins at Broughton Street before proceeding along Georgia Street and then down Howe Street until Davie.

Free pre-parade activities for families take place by the Vancouver Art Gallery from 10:00 am until parade time.

The Christmas Square event happens in the plaza on the north side of the Vancouver Art Gallery on Georgia Street. At the free event there is usually face painting, a station where children can write letters to Santa Claus and live music.

Vancouver Art Gallery from 10:00 am until parade time.

The Christmas Square event happens in the plaza on the north side of the Vancouver Art Gallery on Georgia Street. At the free event there is usually face painting, a station where children can write letters to Santa Claus and live music.

Below are some suggestions to help you make the most out of your experience at the Vancouver Santa Claus Parade.

TIP #1: Get downtown early, like as much as an hour before the start, to get a good spot. After the parade begins, especially in the most popular areas, the crowds along the street get formidably thick!

TIP #2: Assuming you arrive early enough to claim a good viewing location, take a lawn chair or blanket to sit on. Also, don’t forget your camera, and an umbrella in case it looks like rain!

TIP #3: Dress warmly, pack a thermos of hot chocolate, and take a book or a well-charged phone to keep you comfortable and entertained while you wait for the show.

TIP #4: If you have young children, go extra early and check out the activities in the Christmas Square outside the Vancouver Art Gallery before the parade. Don’t stay there too long though as you’ll want to find a place your kids can see from along the parade route before the sidewalks get too overly packed.