Diwali, popularly known as the “Festival of Lights”, is a religious holiday celebrated around the world by millions of Hindus, Jains, Sikhs and Buddhists alike. Although it holds varying significance for each faith, the universal theme of Diwali has always been light winning over darkness.

Sikhs worldwide celebrate Diwali as “Bandi Chhor Divas”, the day of liberation, when Guru HarGobind Sahib Ji liberated 52 captive political prisoners from the oppressive hands of the Mughal Raj. For Jains, Diwali marks the anniversary of nirvana, or when Mahavira, their 24th savior, attained Moksha (liberation). Buddhists celebrate Diwali as “Ashok Vijaydashami”, the day Emperor Ashoka adopted the path of Buddhism and saw the light.

For Hindus, Diwali is one of the most special holidays of the year. Diwali marks the defeat of evil Ravaana and the victory of Lord Rama, but the true spans of Diwali stretches to five days, each marked with unique meaning and significance.

The first day is known as Dhanteras where the Goddess of wealth or “Dhan”, Lakshmi is honored through various prayers. Day two is known as Chhoti Diwali (small Diwali) celebrated for when Lord Krishna killed the demon Narakasura. The third day is called Amavasya for its new moon but is most popularly known as Diwali. On the day of Diwali, Goddess Lakshmi is worshipped along with the veneration of books. The fourth day is celebrated for various reasons across India. North India celebrates it as Govardhan Puja or Annakoot, the day Lord Krishna defeated Indra, the god of thunder and rain. In Gujarat it is celebrated as the start of the Hindu New Year. The fifth day is known as Bhai Duj, when brothers and sisters get together to celebrate the bond between them.

Diwali is celebrated by drawing colorful rangoli designs, performing puja’s (prayers), lighting fireworks, buying new clothes, sharing sweets and food, gathering with family and friends and spreading happiness amongst the community. Most significantly, Diwali is celebrated by lighting diyas (candles) around the home. But have you ever wondered why we light diyas? With an open fire, safety is an increasingly valid concern, especially with children in the house. With readily available light bulbs and battery-operated candles, why do we still light traditional diyas in tiny clay pots with a cotton wick and ghee? Why shouldn’t I just switch on my lamp or Christmas lights instead? Why should we light such diya’s when the world has changed so much from the times of Ram and Ravaan?

I often asked myself these questions growing up, but now as I’ve grown to understand my culture as an adult, I see beauty and truth in the ways of my ancestors. I’ve come to understand the stories of my faith as symbolic of the world around us, rather than literal. I don’t believe Ravaan was a five-headed demon, but really just a powerful and greedy individual who had the power of five heads which were kama (lust), krodh (rage), lobh (greed), moh (attachment) and ahankar (conceit). In todays’ world, we’ve all seen someone controlled by these five heads, whether it’s politicians, leaders, or bullies.

We all have inner demons that hold us back from reaching our full potential. We can all recognize the battles we have to face in our world, whether it’s for justice and equality, the rights of LGBTQ individuals, the safety of marginalized minorities, or respect and assistance for women.

That’s why this light is still relevant today, after all these years. A flame, unlike any other source of light has the potential to spread. As much as a light bulb or artificial light is safer and easier in many ways, the traditional method of celebrating Diwali and auspicious holidays with a flame exists because a flame can spread from wick to wick, by one small touch.

A light bulb cannot spread in the same way. This represents how the flame of knowledge over ignorance can spread from person to person too when touched the right way. You can spread the light of righteousness from one person to the next, and one candle to the next, when the flame is real; only a real flame touches another and spreads. The flame of Diwali can teach us to touch others, while simultaneously enlightening the world around us, one diya (candle) at a time.

So, this Diwali, take your light and spread it with kind words — by spreading knowledge and by fighting against internal and societal Ravaanas. After all, a small flame is what will start it all. When used in the wrong way like Ravaan, it can burn everything down. But when used in the right way, it can enlighten the world. That’s the point of Diwali’s flame.

This Diwali, may light win over darkness, may you be liberated from your inner demons, untied from your shackles, and freed from the constraints that hold you back. 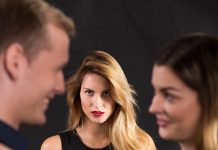 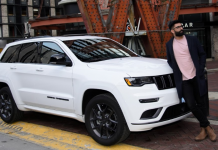 Is it the glitz & glam OR true love?

20-minute exercise is all you need to be fit