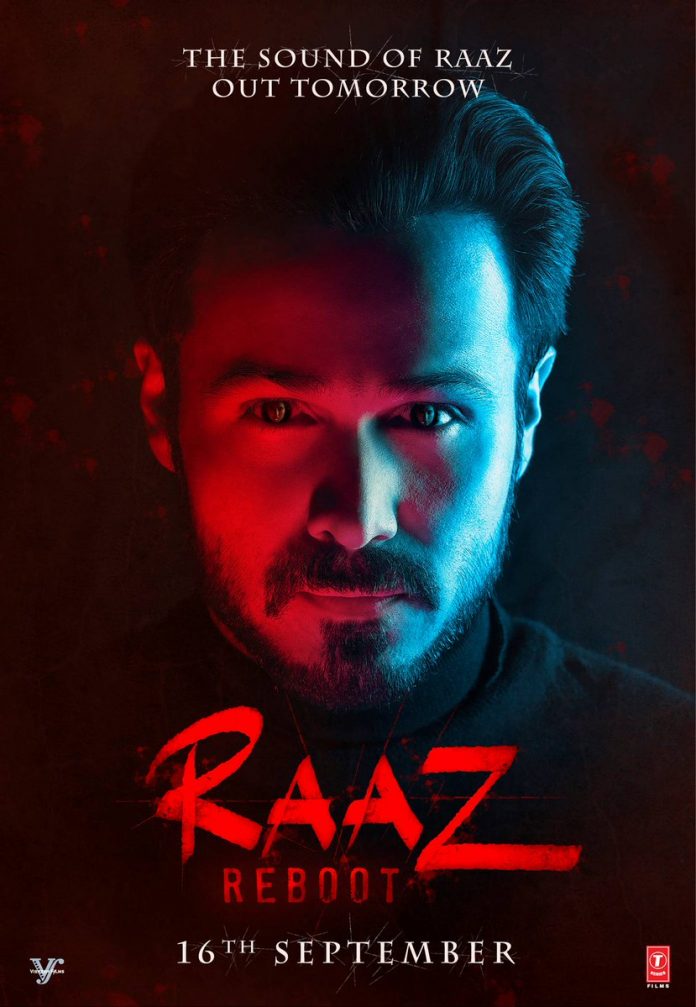 When in Romania, do as the Romanians do? Well, sort of. The latest instalment of the ‘Raaz’ franchise, and by far the most gripping – if you like that sort of a thing – since the first ‘Raaz’ film in 2002, is shot with subdued splendor by Manoj Soni, in the snowswept landscape of Romania. This novel location lends a beguiling bleakness to what could easily have been yet another bland spook-fest from the horror-house of the Bhatts.

But “Raaz Reboot” (Re-Bhoot?) is more gripping than the two earlier instalments of the franchise which suffered for the want of a tight plotting. “Raaz Reboot” is also a direct descendent of the original “Raaz” film which, to nudge moviegoers’ memories, scored big in the year of Sanjay Bhansali’s “Devdas”. In that husband Dino Morea had a terrible secret up his sleeves, ‘raaz’ if you will, which he kept away from his wife Bipasha Basu.

Alas ,Morea’s secret could only afford Ooty. Gaurav Arora, grappling bravely with a complex role of a man who must deal with a multiplicity of problems in a strange land, including a wife who decides to do a Linda Blair on the screen 43 years after “The Exorcist” hit us with a throbbing fear and palpable terror.

“Raaz Reboot” is not quite that scary. No way! We are way too cynical and habituated to the conventions of the horror to be shaken to our core. But yes, “Raaz Reboot” does have genuine moments of chills to offer, specially mid-way when the film’s ‘Big Secret’ is revealed.

Unfortunately Emraan doesn’t allow himself to be as freed of inhibitions as the character affords. His role and performance have one foot caught in the door even as soul pines to soar. Gaurav Arora and Kriti Kharbanda grappling with a marriage that seems to be going wrong even as a ghost makes an unwanted entry in their lines, put up a brave show. Both are made to perform scenes that make them look sordid and messed up on screen.

Gaurav and Kriti are game. They have the backing of a solidly scary creepily clever script suffused with moments of eerie imaging and hair-raising hocus-pocus. Some of it like a visit to an overweight Romanian tarot reader are ham-fisted. In fact all the Romanian actors in bit roles are saddled with indeterminate accents.

But by and large director Vikram Bhatt manages to keep a tight hold over the proceedings. The blood-curdling screams and the freaked-out banshee calls are employed sparingly but tellingly. There is a kind of restrained spookiness pervading the air here.

As his his wont, Bhatt blends Puranic mythology from the Hindu scriptures with biblical exorcism. If you have a blind soothsayer reciting Vishnu chants, we have on the other side the devil-possessed entity ranting “F..k you” so many times you feel he’s doing it to tease the censor board.

The ghost in this case is an uncanny blend of the wicked and cheesy. When a Romanian priest shows up to teach the devil a lesson, it (the devil) leers at the priest and reminds him of what he did to that choir boy with the pink lips.

The priest flees. We remain in our seats till the rousing finale when, in a neat reversal of the Satyavan-Savitri mythology, it is the husband who must bring the wife back from the dead.

Quite like the horror genre which “Raaz Reboot” awakens from a long slumber. Welcome back.

The magical relationship between FOOD & SEX